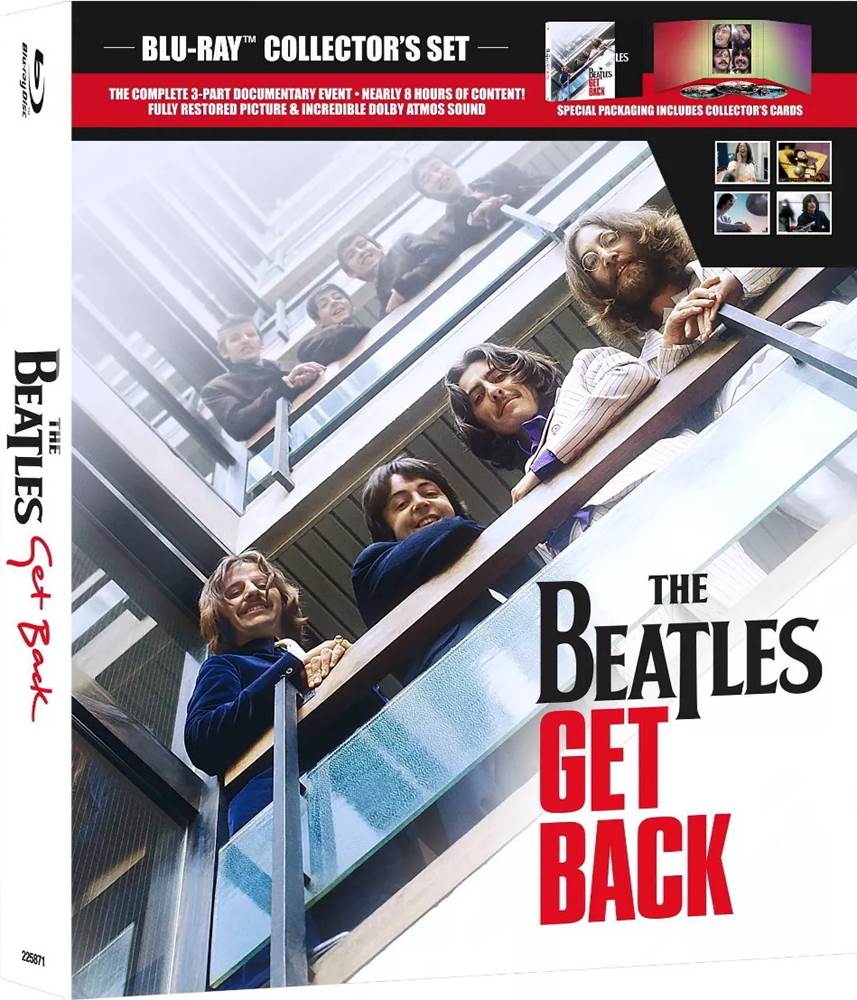 Blu-Ray Review: “The Beatles: Get Back” Comes to Blu-Ray in

Nearly 60 hours of video footage and more than 150 hours of audio had been sitting in a vault at Apple Corps Limited that documented the last time all four members of The Beatles, one of the greatest bands in modern music history, ever performed together. More than 50 years later, filmmaker Peter Jackson and his team at Wingnut Films sifted through the archive with the intention of initially producing a documentary film, which then blossomed into a three-part documentary series on Disney+ last November. And now, Beatlemania comes home with the Blu-Ray release of The Beatles: Get Back.

Spread across three discs, the presentation here is identical to what’s available on Disney+. No video extras are included, which is a shame because, in addition to more unused footage that could’ve been supplemented, we also miss out on any insight from Peter Jackson and his editorial team regarding what made it into the series and what was left out. Another oddity is that the warning that appears before each episode on Disney+ that cautions viewers about the presence of smoking and language is skippable on the streaming service, but is not chapter selected here.

Ultimately, a home video release of a project like The Beatles: Get Back would appeal most to a diehard fan. What the set lacks in supplemental content, it makes up for in a handsome package that doesn’t necessarily look like a Blu-Ray box amongst a fan’s collection of albums, books, and other memorabilia. Housed in a gallery book-style package, fans are also treated to a case that feels like a scrapbook from this ear of Beatles history, with the final spread showcasing the calendar motif used to keep track of time in the series.

The restoration of the footage is the subject of much debate amongst fans. Whether due to the quality of the film footage or restoration efforts that scrubbed away detail, the series has an overall soft and smeary look to it. For that reason, the 1080p presentation on each disc doesn’t do much to enhance the in-home experience, looking exactly like the Disney+ stream

Those with a home surround sound system should note that the one advantage to the streaming version of the series lies in the audio options. The default mix is an impressive Dolby Atmos track that takes advantage of the full sound field. Uncompressed PCM 7.1 and 2.0 tracks are also included, along with an English 2.0 Descriptive Audio mix. Additional menu language options include  English Descriptive Audio, French, Spanish, German, and Japanese. Subtitle offerings match these same language options.

While there are no traditional bonus features, the packaging itself feels like a physical bonus. It also includes four collector’s cards, one for each Beatle, and comes with a flier promoting the companion book and the “Let It Be” 6-Disc Edition album release.

The Beatles: Get Back comes in gallery book packaging that fits inside a sturdy chipboard box. Removing the cardboard advertising sleeve, the box features different posters for the series (the standard key art on the front and the IMAX release on the back). Opening the book inside showcases an aerial black and white photo of the soundstage the songs were written and rehearsed, while color is saved for the interior. Discs slide into cardboard sleeves rather than sitting on a more scratch-proof spindle. The collector cards and flier are housed in a folder on one side of the interior of the book.

All three discs have the same static menu that reuses the series’ key art. However, each disc comes with its own trio of song clips that repeat through.

Each disc has its own unique artwork of a still from that episode.

If you’re a big enough fan of The Beatles to want to rewatch the nearly 8-hour series, then you’re probably a big enough fan to want to own it. The home media release is nice to have, with the biggest benefit being the enhanced sound mixes only available on this Blu-Ray release. With an attractive package, it will easily appeal to Beatles collectors but does little to entice a purchase from a more casual fan. 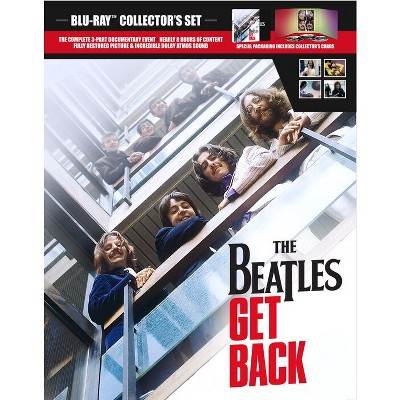 The Beatles: Get Back (blu-ray) (collector’s Edition) : Target