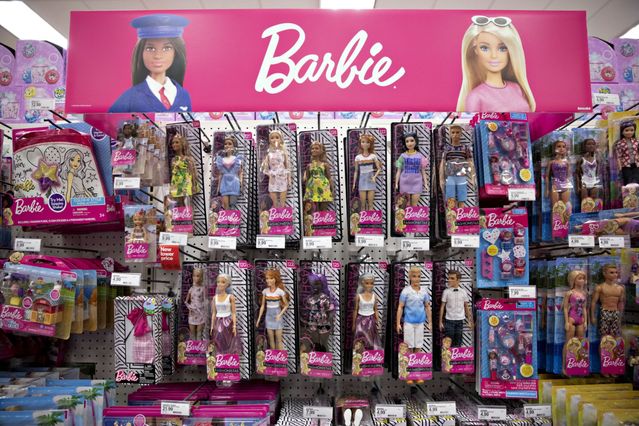 Why Mattel Stock Looks Like a Staple. In a Recession, Toys

are rising early Monday, following an upgrade from

Goldman Sachs
,
which argues that the toy maker’s ability to navigate economic uncertainty is child’s play. It is just one company of many that have touted the defensive nature of the category.

Analyst Michael Ng upgraded Mattel (ticker: MAT) to Buy from Neutral, while adding $1 to his price target, to $31.

He wrote that while retail and consumer names have sold off recently on worries about weakening demand, “Mattel stands out in benefiting from several company specific demand drivers in TV and film content releases, the returning Disney Princess toy license in 2023, and new product innovation.”

From the new Barbie movie to Top Gun: Maverick, Mattel has a number of catalysts for its lineup, and Ng applauds the company’s partnerships, writing that its “execution in recent years has been impressive.” Moreover, he estimates that the company’s products tied to the Jurassic World franchise brought in as much as $300 million last year, a particularly remarkable feat given that, at the time, the most recent movie was three years old.

In addition, he argues that “toys have staple-like qualities” that allow them to outperform in a recession.

While it remains to be seen whether or not the economy will dip into a recession, consumer discretionary spending has been a concern for investors lately, as inflation causes many Americans to tighten their budgets. That has led relatively steady staple stocks, as tracked by the


Consumer Staples Select Sector SPDR Fund
(XLP), to outperform the broader market in 2022, falling less than 6%, compared with a nearly 19% decline for the

Ng isn’t the only analyst who likes the defensive qualities of toy makers. Stifel’s Drew Crum said that while they may not be “recession proof,” they have been remarkably resilient. For all recession years since the mid-1970s, “there was not a single year in which both Hasbro (HAS) and Mattel experienced year-over-year sales declines,” he said. “In fact, the average top line growth in these years was +5% for Hasbro and +14% for Mattel (or +7% when removing 1980, which is an outlier), with both companies posting year-over-year increases in seven of the nine ‘recession years.’”

He also has a Buy rating on Mattel, which is a popular take on the Street: Nearly three-quarters of the 15 analysts tracked by

are bullish on the shares.